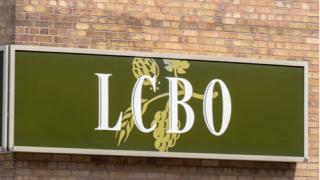 Ontario's more than 400 LCBO Convenience Outlet operators are facing a new $250 delivery charge from The Beer Store, which will eat into what the industry says are already thin margins.

The $250 deliver fee came into effect earlier this month and, for those operators who get weekly deliveries, it could add $13,000 to annual expenses.

Dave Bryans, CEO of the Ontario Convenience Stores Association (OCSA), told the Toronto Sun the fee “takes about $5 million a year out of the rural convenience store pockets."

An LCBO Convenience Outlet makes 9.8% on its sales, and the LCBO charges 2.5% for delivery, he added, noting that, unlike bars and restaurants, operators can not mark up prices to recoup expenses.

It's a blow to c-stores already hit hard by reduced foot traffic and added expenses during the pandemic. LCBO Convenience Outlets are located in communities where residents do not otherwise have reasonable access to an LCBO store. They are not located in urban areas nor in communities where a LCBO Store or Beer Store is within 5 km. Many are located within rural convenience stores.

The current program, which replaced the LCBO Agency model, came into play in 2019 when the Conservative Government passed Bill 115, announcing that an additional 300 stores, including corner stores, in Ontario would be able to sell beer, wine and cider. Then-Finance Minister Vic Fedeli said the number of LCBO agency stores in under serviced areas would hit 200 by spring 2020 and the new locations would be called LCBO Convenience Outlets. There are now more than 400 across the province.

At the time, the new model was seen as a step forward in the provincial government's promise to allow for the sale of beer and wine in all convenience stores. This promise that has since been on the back burner due, in part, to disagreements with the The Beer Store and the brewers that are parties to the master framework agreement, a 10-year contract that is to expire in 2025.

Earlier this year, the convenience industry formed the Convenience and Choice coalition to pressure Ontario's Conservative government to reconfirm its commitment to allow convenience stores across the province to sell wine and beer. The Convenience Industry Council of Canada, Ontario Korean Businessmen's Association, OCSA and Free My Booze launched at targeted initiative calling on Queen's Park to fulfill the campaign promise it made in 2018.

The move, according to the coalition, would not only give Ontarians more choice, but also bolster local businesses hard hit by COVID-19.

"This issue is very closely connected to economic recovery and innovation,"  CICC president and CEO Anne Kothawala said at the time.

In a recent note to members, OCSA said it is pushing the province to build a better model and suggests:

As for the new delivery fee, Ted Moroz, president of The Beer Store, said in a statement to the Toronto Sun that the delivery fee schedule is fair, flexible, and lower than the fees charged by the LCBO: “The volume of beer sold through the LCOs ( LCBO Convenience Outlets) since June 2019 has doubled while overall industry volumes have remained flat. The costs associated with delivery to LCOs are currently being subsidized and absorbed by other users of The Beer Store system.”