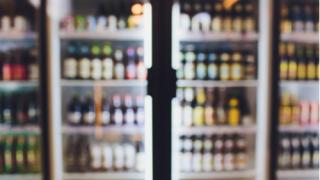 WINNIPEG - The Manitoba government is making another attempt at loosening restrictions on liquor sales and is changing the way it taxes cannabis.

The Progressive Conservative government introduced a bill in the legislature Monday that would allow private wine stores and beer vendors to offer a full range of alcohol. The move would put them on equal footing with government-run stores, which offer one-stop shopping for wine, beer and hard liquor.

"We know it's going to give retailers more choice but it also gives Manitoba customers more choice,'' said Andrew Smith, the minister responsible for the province's Crown liquor corporation.

The bill is similar to one introduced in the spring that died when it failed to pass before the last session ended. Like its predecessor, the new bill would also allow the Crown corporation to make enhanced security a condition of any expanded sales licence.

But unlike the one in the spring, the new bill does not pave the way for a pilot project where alcohol would be sold in some grocery and convenience stores. Smith said the idea requires more consultation.

The Manitoba Hotel Association, which represents private beer vendors, welcomed the right to sell a broader range of alcohol but raised concerns about the cost of enhanced security.

"A big question we have is 'what margins are we going to be working under?''' association president Scott Jocelyn said.

"If the margins are what we're making now and there's security requirements put on top of that, then more and more of my operators will look at it and (ask) 'is this something I want to jump into or not?'''

The Opposition New Democrats said having more sales at private outlets could lead to fewer sales and jobs at government-run stores.

The government also introduced a bill Monday to eliminate the social responsibility fee on cannabis. The fee, which charged retailers 6% of their annual revenue, will be eliminated by Jan. 1 if the bill passes.

In its place, the government is aiming to tack on a percentage to the federal excise tax on cannabis, a move Finance Minister Cameron Friesen said would be revenue neutral.

All other provinces currently piggyback on the federal excise tax and Manitoba has come to realize it's the better way, Friesen said.

The change would also likely save the provincial government from a legal dispute.

Long Plain First Nation has been fighting the social responsibility fee in court. It has said the fee amounts to a provincial tax that is not allowed on reserve land.