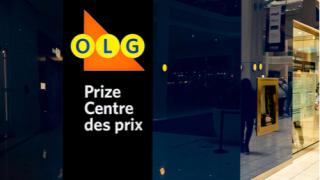 To thank its thousands of retail partners across the province for their hard work during the pandemic, Ontario Lottery and Gaming Corporation (OLG) is giving all profits from the sales of $3 Instant Crossword and $3 Instant Bingo to the retailers who sell these tickets during the month of March.

“We want to thank our retailers for their continued partnership and exceptional service to lottery customers across the province, especially during this unprecedented time,” OLG’s president and CEO, Duncan Hannay, said in a release. “Our vibrant network of retailer owners plays a major role in helping us raise awareness and drive sales of our lottery games, which in turn helps us generate revenue that benefits the Province and communities across Ontario.”

In the last 12 months, OLG has run several unique Lottery Retailer Initiatives that have provided increased retailer commissions on the sale of a variety of lottery products.

OLG launched the “Support Local” initiative in January 2021 that returned all profits to retailers on the sale of the Instant Plinko game for a limited time period. During the three-month promotion, c-stores earned a 30% commission (compared to the standard 8%). C-stores generated 84% of all Plinko sales for a total of $58 million in sales, with c-store commissions coming in a $17 million.

The Ontario Convenience Stores Association, which has long campaigned for higher commissions for c-store operators, thanked OLG: "We are so pleased to see the OLG recognizing the importance of additional commissions while rewarding retailers that promote these products in every community."

OCSA advises that operators make the most of the new promotion by working with "local OLG contacts to ensure loads of inventory and prepare staff to promote and encourage the sale of this promotion."

Based on the popularity of Plinko last year, other similar commission incentive programs followed, including Lighting Lotto and, in June 2021, Instant Top Up. Dubbed "the world's first add-on game for Instant lottery tickets" shoppers ask for a $1 Instant Top Up with a ticket purchase for a chance to win a growing jackpot in-store. The jackpot – which starts at $25,000 – grows with each ticket purchased across the province until it is won. Then, it resets and starts to grow again.

In February 2022, OLG launched Proline at c-stores across Ontario, enabling bettors to visit convenience stores to place single event wagers on a variety of sports. The new Proline at retail outlets complements OLG’s online Proline+ platform and gives customers another reason to visit their local c-store.

OLG says it will continue to explore other initiatives with the goal of driving higher retail sales, which would also result in greater commissions for retailers.

For more insights into OLG's plans and how it is investing in its relationship with convenience retailers, subscribe today to the March/April 2022 issue of Convenience Store News Canada, which features an interview with OLG chief lottery and customer officer, Kerstin Lack.