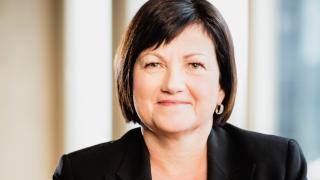 Fire & Flower Holdings is confirming that Guillaume Léger resigned from its board of directors effective August 11, 2022, just weeks after being elected to the board at its annual general and special meeting of shareholders held on July 25, 2022.

In July 2019 Alimentation Couche-Tard announced a strategic investment in the cannabis consumer technology and retail platform. Since then, stores have often co-located with Circle K c-stores in markets across Canada. In April of this year, ACT announced it was increasing its ownership of the Canadian cannabis retailer through the exercise of warrants.

In turn, Alimentation Couche-Tard designated Suzanne Poirier as its nominee to the board to replace Guillaume Léger effective August 11.

"On behalf of the Board of Directors, I welcome Suzanne to the board as Fire & Flower and Alimentation Couche-Tard continue their strategic partnership," said Donald Wright, chair of the board.

A 2022 Star Women in Convenience winner, Poirier is senior vice-president of operations for ACT and is based in Montreal.

She joined ACT in 2018 as VP and controller and since held various roles with progressively increasing responsibilities, including global finance and supply chain optimization and VP of North America operations excellence. Prior to ACT, she held the position of VP financial planning, at the Canadian National Railway, and SVP finance & strategic planning at Sobeys.

In addition, Poirier was audit committee chair of Guru Organic Energy Corp. from 2020 to 2022.

Fire & Flower is undergoing a number of changes, with Stéphane Trudel, former SVP of operations for Alimentation Couche-Tard Inc., taking over as CEO of Fire & Flower on June 1.

Trudel originally was appointed as a director of the company in June 2020. He also served as a member of the audit committee and corporate governance and compensation committee of the company's board of directors.