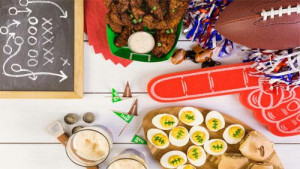 Move over major holidays, the micros are moving in.

This has given way to more micro season moments and thus, more opportunities for retailers’ merchandising and marketing plans. Consider these ideas when looking to capitalize on the latest and greatest in general merchandise:

Fifth-season merchandising opens itself up to more available space. Convenience store retailers who put a bigger focus on micro occasions will come to realize that retail space is a lot less crowded at other times of the year vs. during the winter holidays, according to Jaclyn Nix, a retail industry consultant and vice president of sales at MyWebGrocer.

Consumers are more likely to notice fifth-season merchandising, too, because it comes at a time when they’re not bombarded by typical holiday messaging.

2. SUMMER: A THREE-WAY WINDOW OF OPPORTUNITY

“There’s plenty of time [during the summer season] to drive purchase and create a shift in buying behavior,” Nix told Convenience Store News.

Plus, summertime is when consumers are shopping for a crowd, so retailers should consider price promotions for bulk buys. Think sunglasses, sunscreen and even pool toys/drink floats.

And speaking of sunglasses, retailers looking to become serious general merchandise players must realize that they have to keep their impulse-item displays, such as sunglass racks, just as in stock as they do their beverage coolers.

“It always amazes me how stores understand to keep the coolers full, but high-profit seasonal impulse items they often forget about,” said Al Underwood, president of American Style Sunglasses.

“C-stores can leverage them all,” he advised.

Additionally, this works for springtime and the theme of “Spring Fling,” whereby c-stores can feature collectible cards, spinning tops or whatever the latest trending general merchandise item is to take consumers out of their winter doldrums. Spring is not all about Easter.

As for when retailers should start merchandising seasonal moments like summer and spring, Dodge suggests weeks in advance. For summer, “shoppers want to see merchandise in stores beginning in early May, and the majority want it to run through Labor Day,” he stated.

Did you know National Kazoo Day is January 28? How about National Jerky Day on June 12? The National Day Calendar (nationaldaycalendar.com) can become the fifth-season bible for a retailer looking to capitalize on odd holidays to sell more general merchandise.

Kathy Thomas, a retail consultant and owner of a margarita mix company, Ready Ritas, discovered National Tequila Day (July 24) and National Margarita Day (Feb. 22) on the National Day Calendar to promote her product. She also uses color as a marketing tool as she sells colored salts in on-the-go plastic pouches that can be transported to any event.

“We sell traditional lime-flavored margarita mix in fun team- and holiday-inspired colors. We have CrimsonRitas, BlueRitas, RedRitas, MaroonRitas, BurntOrangeRitas, PurpleRitas and a classic light-green color mix,” she explained. “As a small-business owner, I depend on promotions around all holidays to encourage purchase. During tailgate season, I promote team colors. For Fourth of July, I promote red and blue mix and the complimentary salt to go with it. For Mardis Gras, I feature purple salt on a glass full of green mix.”

“It seems almost any day is a big day that has a named event after it. Some have historical significance such as Flag Day, but some are truly frivolous such as Peach Day or Watermelon Day,” he said. “But these are all days that creative operators can make something out of.”

Still, he’s not suggesting c-stores do this every day. “There’s probably one a week that can be really special to make a store pop — to differentiate it, to create some traffic and to generate incremental sales with unique merchandising.”