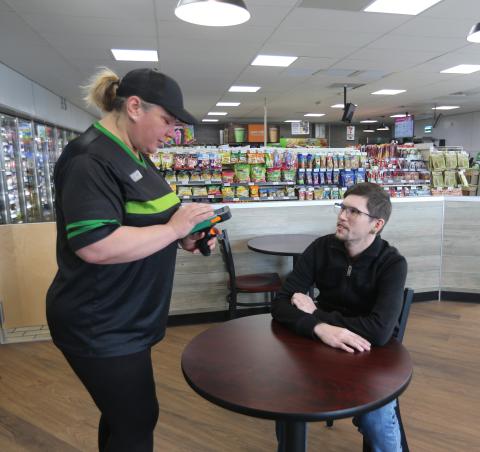 7-Eleven Canada is breaking down barriers and will soon be serving of-age customers beer, wine and coolers with their meal at its c-store in Leamington, Ont.—this is the beginning of a wider provincial expansion of the company’s beverage alcohol program.

No, it's not the fulfillment of a promise made by Premier Doug Ford during the 2018 election campaign when he vowed to make beer available in all corner stores (efforts are ongoing, but initial plans fell apart due, in part, to disagreements over the master framework agreement, which is to expire in 2025). However, the move taps into evolving rules for restaurants.

In 2021, 7-Eleven Canada filed an application with the Alcohol & Gaming Commission of Ontario (AGCO) for on-site liquor sales, capitalizing on the province’s move to allow restaurants to sell beer and wine with take-out orders—a strategy for survival during pandemic lockdowns and forced closures.

To the channel’s chagrin, c-stores were not included in the initial loosening of restrictions during the pandemic, however 7-Eleven has since found a work around and is expanding its foodservice offering to include dine-in where it can also serve beverage alcohol.

It’s a similar strategy to what it’s done in Alberta. As part of that province’s red tape reduction efforts, in 2021 a 7-Eleven in Edmonton was among the first convenience stores in the province to serve and sell alcohol for on-premises consumption and takeout. Earlier this month, 7-Eleven announced that it now has nine locations in Alberta that have expanded their restaurants into licensed sites with remodelled dine-in seating areas. These stores are now serving chilled beer, wine, seltzers or coolers for dining in, ordering takeout or delivery. All staff who handle alcohol at these sites are ProServe trained.

Representing a first for Ontario, the convenience store chain recently secured a liquor sales licence from the AGCO for the location at 138 Erie St. where it will serve a variety of chilled beer, wines, and coolers, including local Ontario-made products.

“Fresh food drives our business,” says Marc Goodman, vice-president and general manager, 7-Eleven Canada. “With the addition of beer and wine, we’re excited to offer our adult patrons a full-menu dining experience—not unlike the thousands of other restaurants in Ontario. We’re pleased to be creating new employment opportunities and investing in local Ontario communities, like Leamington, home to 7-Eleven since 1999.”

The licensed restaurant at Leamington has been remodelled to feature an enclosed dining area and the company has several measures in place to ensure the safety of staff and customers.

In a release, 7-Eleven said the Leamington location “followed the AGCO’s long-standing liquor licencing process, which includes a 30-day public comment period, as well as approvals and inspections from the local Public Health Unit, building and fire departments, and the AGCO.”

The opening date will be announced shortly, and other sites are expected to follow.

7-Eleven Canada opened its first Ontario location in 1979 and now owns and operates 60 locations across the province, employing nearly 1,000 people. Based in Irving, Texas, 7-Eleven operates, franchises, and/or licenses more than 13,000 locations in the U.S. and Canada.