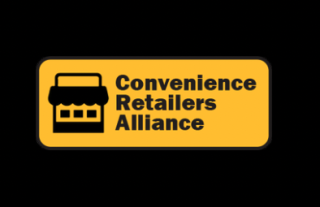 The Convenience Industry Council of Canada has launched a website, with the name “Contraband Costs Us All.” CICC executives have also been meeting with B.C. politicians and department officials across numerous portfolios.

Meanwhile, about 200 owners of c-stores in rural B.C. have come together to create the Retailers Alliance 4 Safe Communities (RA4SC) and launch a campaign called “Speak Up for Our Stores.” It includes a website as well as a Facebook and Instagram presence. 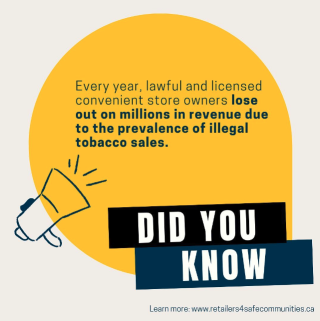 The efforts come ahead of the province’s 2023 budget to be announced in February.

Jeff Brownlee, VP, comms and stakeholder relations for the CICC, says its members in B.C. are reporting double-digit reductions in tobacco sales versus 2021.

“One small independent retailer in the interior of B.C. reported a loss of $11,000 in tobacco sales in September this year alone,” he says. “That’s a 36% reduction month over month.”

Most of the illegal tobacco is being made in Ontario by crime syndicates, and shipped to B.C. where it is being sold to consumers in packages complete with health warnings. In other words: it looks like legal product, not contraband.

“We have heard anecdotes of vans setting up shop in retailer parking lots, selling contraband literally out of the back of the vehicle and sending customers into the retail outlets to use the bank machine to get cash to buy the products,” says Brownlee. 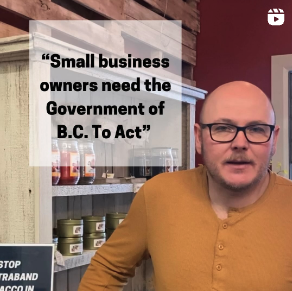 Retailer Cory George has been in the business for 25 years

Cory George is owner of Pinantan General Store in Pinantan Lake, B.C., which has a population of about 500 residents.

RA4SC came together after independent store owners from across the province – who had worked together on a committee about alcohol sales – began sharing the impact contraband tobacco was having on their foot traffic and sales, he says.

“Pinantan General Store used to sell an average of 45 packages per day,” says George, who has had vans selling contraband in his store parking lot. “This past Monday, I only sold five packages of cigarettes.”

Sales really started sliding in July, he says, when the B.C. government began applying PST of 7% on tobacco purchases on top of an already hefty tobacco tax.

“The profit margin on tobacco ranges from about 2% to 10% for most owners, but now customers are also no longer coming in and buying other product with their cigarettes, like a carton of milk and lottery tickets,” George tells Convenience Store News Canada.

Some owners have had to cut staff and hours to stay afloat, he adds.

RA4SC is backing a solution being proposed by the CICC – a five-point plan Quebec has successfully implemented to curb contraband tobacco. It includes a program, Accès Tabac, that funds police investigations into the illegal market.

“The core to successfully fighting contraband is in enforcement,” says Brownlee. “Police need the power and the resources to effectively combat this problem.”

According to the CICC, the Quebec government spent $14.4 million on its contraband tobacco program and yielded a return of $206 million.

“Every dollar that Quebec has invested in battling contraband has an ROI of $14,” he notes.

Another major part of the industry’s messaging in B.C. is that contraband tobacco is being run by organized crime.

“The contraband tobacco trade is not only tied to organized crime, it is financing it – more guns, more gangs, more grief on the streets,” says Brownlee.

The CICC will soon be extending its “Contraband Costs Us All” campaign to Newfoundland and Labrador, where the RCMP recently seized 2.7 million unstamped cigarettes.

After British Columbia, Newfoundland has the highest tobacco taxes in Canada, and c-store retailers there also being burnt by contraband sales.

“Unfortunately, this a pan-Canadian issue now, stretching from NFLD to B.C.,” says Brownlee.