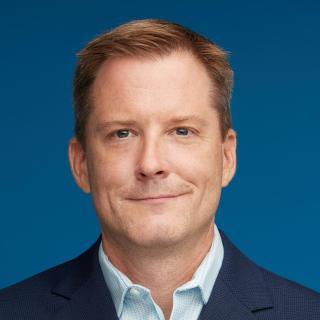 Conagra Brands has promoted Paul Hogan to vice-president and general manager, international, overseeing business growth in Canada, Mexico and global markets, according to a press release.

Hogan, who joined the company in October 2021, will continue to act as general manager in Canada.

Hogan brings a wealth of CPG experience to the role, having most recently led the U.S. National Accounts Division at Danone. He has also worked with Danone Canada, Coca-Cola and Procter and Gamble.

Conagra Brands Canada recently announced several changes to its Canadian and sales leadership teams, including the addition of two members.

New to the sales leadership team is Jeremy Griffin, who joins Conagra in the role of director of sales, Loblaw. Griffin has more than 20 years of customer leadership and commercial experience from Nielsen and Mars Wrigley. Most recently, he was head of international development and M&M Express at M&M Food Market.

Joining the Canadian leadership team is Tim Lute, who takes on the role of vice-president - commercial strategy, insights & transformation. Lute is a 20-year veteran of Coca-Cola Canada, where he held roles in sales, channel strategy and marketing. He was most recently CEO of Sapsucker, an organic, sparkling tree water brand.

Conagra also announced Leslie Mackay has been named vice-president - customer leadership organization. She will be responsible for growing Conagra’s portfolio with its customers “through world-class partnerships and execution,” the company stated in its announcement. Prior to this appointment, Mackay was Conagra’s vice-president of sales.

Mike Lund, interim leader of sales, has left the company. Conagra credited Lund for being “instrumental in advancing sales capabilities and building partnerships in market.”

Adding new members to your team? Getting a promotion? Starting a new job? Retiring? Let the industry know. Send your submissions to editor & associate publisher, Michelle Warren. Please include a headshot when possible.