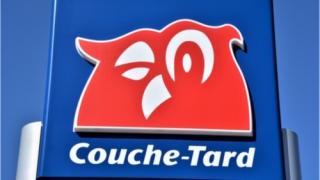 Following a competitive review, Alimentation Couche-Tard selected Taxi as its national agency of record (AOR) for the Circle K and Couche-Tard banners in Canada.

With offices in Toronto, Montréal, Vancouver, New York and Regina, the Canadian agency has a strong national presence, which fits well with Alimentation Couche-Tard's more than 2,100 locations across the country.

According to Strategy magazine, Taxi Canada president Emma Toth described the mandate as covering “a full slate of agency work,” and work on its first campaign has already begun.

Since 2014, Couche-Tard had worked with Havas and Giants & Gentlemen, which helped lead communications establishing the Circle K brand in Ontario after it converted from Mac’s in 2017.

Toth told Strategy the announcement is auspicious, "as Taxi’s founding in Montreal 29 years ago and its understanding of the French language market, combined with its breadth and presence in Vancouver and Toronto, were key factors in winning the account."

Couche-Tard is set to release its full-year financial results for the 2021 fiscal year on June 29.