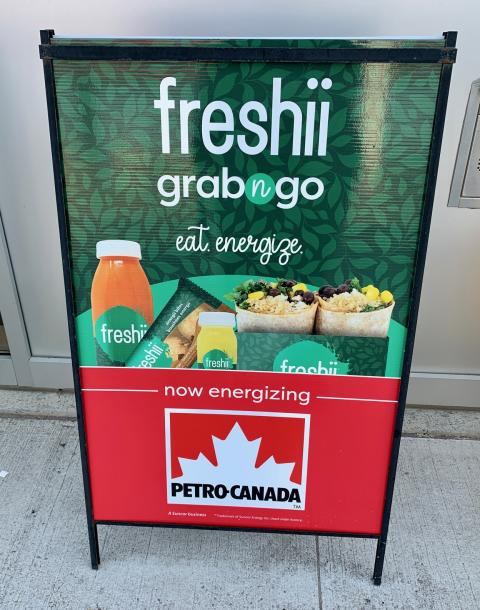 Omnichannel health and wellness brand, Freshii Inc. is reporting strong revenues, as well as a strong CPG business driven by convenience and gas channel expansion, with launch in 500 new points of distribution.

Q3 2022 Revenue up 87% vs. Q3 2021, driven by the consolidation of Natura Market. Freshii acquired a majority interest in Natura Market Ecommerce Inc. in the fourth quarter of 2021. In Q3 2022, Natura Market revenue declined by 21%, compared to the corresponding period in 2021.

However, in Q3 Freshii made significant progress in the long-term expansion of our its omnichannel brand, according to CEO Daniel Haroun.

“Our North American franchised restaurant segment continued to grow its planned new store development pipeline in the quarter. It currently stands at over 125 locations, based on agreements signed, including a recent multi-unit agreement for the planned development of six locations in New Jersey, which was signed with existing franchise partners,” he said.

“Additionally, we have also signed a conditional agreement for the development of the first purpose-built Freshii drive-through in Western Canada, which we expect to open in 2023.”

The company continues to attract interest from new franchise partners and during the quarter its CPG business increased its system sales with existing customers, while also launching in 500 new points of distribution.

Freshii's consumer packaged goods business, which sells healthy, on-the-go wraps, salads, bowls, snacks and beverages across hundreds of retailer points of distribution—convenience partners include Suncor, Shell, Parkland’s ONRoute and 7-Eleven—delivered another strong quarter in Q3 2022. CPG system sales were up 33% in Q3 2022, compared to Q3 2021, with the portion of those system sales attributable to the elixir shot platform, which was notably up 68% year-over-year in Q3 2022.

In addition, the company notes consumers have started to return to their pre-pandemic habits, with full-service dining and the company is seeing the normalization of the dinner, delivery and digital components of its business. As people return to office, sales are reflecting this pattern, with notable traffic in the middle of the week, Tuesday through Thursday.

That said, Freshii outlined in a release that the company recognizes the challenging and complex operating environment that it and its franchise partners expect to continue to face in the near term: “This operating environment consists of, among other things, two different dynamics, the first is what we expect to be a short-term headwind and that we believe will end in the fourth quarter of 2022, and the second is what we expect to be a significant long-term tailwind that we are beginning to see early positive signs from.”

In addition, the company is aware that consumers’ discretionary spend is under pressure from high inflation and economic uncertainty: “We believe that our recently launched fall and winter menu, which features warm bowls, soups and pockets at a range of price points (some under $5 and many under $10), will position us well in the fourth quarter of 2022 and into 2023.”