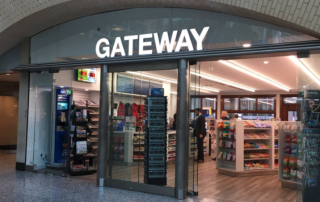 Gateway Newstands has filed for creditor protection with a notice of intent to restructure.

“It is a process that we need to do, so that we can go forward,” Mary Kelly, president and CEO of Gateway, told Convenience Store News Canada.

Gateway is a franchisor of 150 small-format newsstand/convenience stores, most of them in downtown Toronto. It also has locations in Calgary and Vancouver.

Gateway franchisees saw the pedestrian traffic their stores rely on almost disappear over night when the pandemic hit.

According to court documents, Gateway owes creditors, including landlords, more than $20 million.

With its notice of intent. Gateway will put a proposal forward to the creditors by about mid-July. If it’s accepted by vote, Kelly says “we’ll have a much stronger path forward, as we would have settled a lot of the liabilities we built up during COVID.”

“Hopefully, our proposal will be successful, as the courts don’t allow you to go into this process unless there is a potential path forward,” she adds. “And hopefully, that is where we go – we just have to stay focused on that being the outcome.”

Gateway’s business has suffered greatly during the pandemic – and for longer than anyone anticipated.

In early March, Kelly told CSNC that many stores saw sales plummet by 60% to 90%.  Those on TTC subway platforms and the underground PATH (Toronto’s Downtown Pedestrian Walkway) – which accounts for a third of all Gateway’s locations – were particularly hard hit.

READ: Back to work, back to business: Gateway CEO Mary Kelly sees ‘hope’ for the city centre

“They would open sometimes to only make $50 a day,” she said.

Another third of the company’s stores is in high-rise office towers and another in malls.

At the start of 2020, Gateway had 191 stores. As of this April, the number had fallen to 150, according to the court filing. In March, Kelly also said the corporate team had dropped from over 20 staffers to six.

She says the recovery for its franchisees has been slow, because they are in downtowns, but there are encouraging signs of life.

“We see people coming back and the business inching back up,” says Kelly. “While sales aren’t anywhere close to what it was, we are certainly seeing improvements, and that is all we can ask for.”

Gateway has been communicating regularly to its franchisees on the filing, letting them know this move will help the company recover, adds Kelly.

“We are being transparent with them, and making certain that they understand this is necessary. Hopefully, it will help them to feel they can also move forward, like, ‘OK, now we are back on track,’” she says.