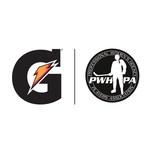 Gatorade Canada is partnering with The Professional Women's Hockey Players Association (PWHPA) on their upcoming 2022-23 season, which kicked off with the Secret Dream Gap Tour on October 14th in Montreal.

In a release, the PepsiCo Canada, which owns the sports energy drink, said: "This partnership further supports Gatorade's mission to invest in areas that fuel sports culture, evolving partnerships and breaking down barriers that keep athletes from playing or staying in the game."

Gatorade will support the PWHPA throughout The Secret Dream Gap Tour, which features stars Marie Philip-Poulin, Sarah Nurse, Hilary Knight and Kendall Coyne Schofield along with 43 Olympians, and more than 75 players with national level experience and top college graduates. The partnership will be built on fuelling athletic performance through a foundation of educational seminars.

The tour will stop in multiple cities across North America over a series of weekend events, culminating in a championship weekend in March 2023.

The partnership comes at a time when many corporate sponsors are ending high-profile partnerships with Hockey Canada due to the sporting organization's handling of alleged sexual assaults.

Gatorade Canada said it "continues to build the most diverse and impactful roster of athletes and partnerships as it re-writes its strategy and serves to represent all athletes."

"The PWHPA promotes some of the best-in-class women professional hockey players in the world and we couldn't be prouder to partner with an organization that has fought for the investment in women's hockey and a league that can foster competitive play," said Lourdes Seminario, senior marketing director, Gatorade.

The roster of PWHPA players will be guided through Sweat Testing and nutritional resources facilitated by world-renowned experts from the Gatorade Sports Science Institute (GSSI). Additionally, Gatorade Canada will help strengthen the value of community efforts with girls and women's players at sports clinics throughout the Secret Dream Gaps Tour city stops. The partnership will also include product collaborations, content development and social and public relations support.

"As we continuously look for ways to increase the awareness of the talent in women's hockey, we're extremely excited to partner with the leader in sports fuel," said Jayna Hefford, operations consultant for the PWHPA. "Gatorade's mission to help athletes achieve excellence in their sport will further drive our world-class athletes into the biggest, most competitive season to date."