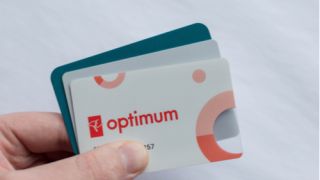 Loblaw Companies Limited and Imperial Oil have solidified a relationship that began in 2018 by offering an enhanced loyalty reward program at Esso stations across Canada.

Effective January 18, 2022, Esso customers will be able to use their PC Optimum card to earn and redeem points when they fuel up at approximately  2,000 Esso stations or when they shop at one of 2,500 Loblaw and Shoppers Drug Mart locations.

“Customers have been earning points with their PC Optimum cards at Esso stations since 2018. Starting early next year, we’re expanding the loyalty program to provide our customers with greater flexibility to now redeem points for the rewards we know they love such as fuel and car washes," says Amy Newman, retail sales and marketing director, Imperial Oil.

The Esso Extra program will end effective January 18, 2022. Esso Extra members can continue to earn and redeem their Esso Extra points until January 17, 2022, and also have the option to convert their points to PC Optimum points from January 18 to April 30, 2022. Additional information about these program changes, redeeming and converting points, can be found at essoextra.com.

“The PC Optimum program is one of Canada’s most loved loyalty programs, mainly because it provides such flexibility and convenience while rewarding Canadians on the items they purchase most, including food, health and beauty, and fuel,” said Uwe Stueckmann, chief consumer officer, Loblaw. “We’re excited to allow Esso Extra members to join the more than 18 million PC Optimum program members, and to show them the value they can get by earning and redeeming points at now more than 4,500 locations across the country.”

Loblaw is Canada' biggest food and drugstore retailer. Newman says the program has been successful and that the expanded partnership will take the customer experience "to the next level.''