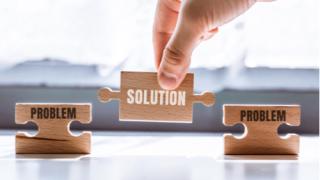 Reduced operating hours, potential store closures and less convenience for New Brunswick communities will be the fallout of the province’s minimum wage hike, according to the Convenience Industry Council of Canada and the Atlantic Convenience Stores Association.

The groups were reacting to today's news that New Brunswick is hiking its minimum wage by $2 per hour next year - the largest increase in 40 years. Labour Minister Trevor Holder said New Brunswick's current minimum wage of $11.75 per hour is the lowest in the country and well behind that of neighbouring Atlantic provinces.

The increase to $13.75 per hour will come in two increments of one dollar, on April 1 and Oct. 1, however the decisions is being called a blow to small businesses already struggling to recover from pandemic-related losses.

“New Brunswick communities will suffer as a result of this increase,” says Anne Kothawala, president and CEO of CICC. “The wage hike will create an unsustainable operating climate for stores that are continuing to weather the economic storm due to COVID-19. Store closures are a real possibility in the province.”

Mike Hammoud, president of the ACSA, called the 17% increase "mind boggling," adding “Working on already razor-thin profit margins, this will be the final blow for many stores.”

In a release, the organizations said convenience stores, on average, have absorbed a $10,000 increase in costs to comply with health and safety protocols during the pandemic. It’s estimated that for the average store in the province that is open 17 hours per day, the $2-per-hour wage increase will result in an extra $29,000 of costs annually.

“For many stores, $29,000 represents their overall annual profit. Clearly, this is not sustainable moving forward and will result in reduced operating hours and store closures,” explains Kothawala.

“Convenience stores are pillars of their communities, but they need to make a profit,” adds Hammoud. “Cost-cutting only goes so far and many have already been forced to scale back operations to continue to serve communities during the pandemic.”

Realizing the decision to increases wages is a done deal (done without any industry consultation, BTW), CICC and ACSA are putting forth a solution to help offset the increased costs and to ensure the province’s 800-plus stores remain open.

The associations wrote a letter to Premier Blaine Higgs asking that the government work with the industry in four key areas:

“Convenience stores are an essential part of the provincial economy, employing 7,000 New Brunswickers and collecting $478 million in taxes in 2020,” says Kothawala. “We need the government to be a partner and work with us to ensure communities continue to have the convenience and choice they deserve.”