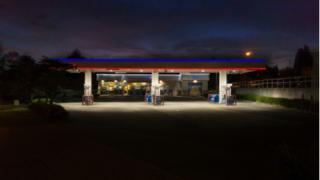 OTTAWA - Parkland Corp. and Federated Co-operatives Ltd. have reached an agreement with the Competition Bureau regarding their planned acquisition of 337 Husky retail gas stations.

The regulator raised concerns about the deal and says the new agreements will help protect consumers from paying higher gas prices as a result of eliminating the Husky stations as a competitor in nine regions.

As part of the new deal with the regulator, Parkland sell six retail gas stations in Hamilton (buyer or buyers to be approved by the commissioner), while FCL will sell the Husky station in Gimli, Man.

The Canadian Press reports the Husky stations in Portage la Prairie and Dauphin, Man., as well as Estevan, Sask., will also be transferred to Parkland instead of FCL.

In addition, the Husky dealer contracts in Foam Lake, North Battleford and Melfort, Sask., as well as Minnedosa, Man., will be transferred to Parkland instead of FCL.

Cenovus Energy Inc. agreed last year to sell the Husky gas stations for a $420 million. Cenovus announced it was to acquire Husky Energy Inc. in October 2020 and closed the deal in January 2021.

The deal made Cenovus Canada’s number three oil and gas producer behind Suncor and Canadian Natural Resources: The vision was to create an integrated energy leader with an advantaged upstream and downstream portfolio.

But that was short lived: Less than a year after the deal closed, Cenovus offloaded the Husky stations, saying it would retain its commercial fuels business, which includes approximately 170 cardlock, bulk plant and travel centre locations.

In turn, Federated Co-operatives Ltd. agreed to buy181 stations for $264 million, while Parkland Corp was to buy 156 of the retail fuel stations for $156 million.

Calgary-based Parkland Corp. entered into the deal to will grow its retail presence in Greater Vancouver, Vancouver Island, Calgary, and the Greater Toronto Area.

"This acquisition is a natural fit for Parkland," Donna Sanker, president Parkland Canada, said at the time. "Consistent with our recently announced strategy to develop our retail network in key Canadian markets and diversify our retail business to better serve our customers, it provides an opportunity to create convenience destinations by expanding our On the Run convenience brand, enhancing food offerings, and strengthening the Parkland national network for Journie Rewards."

For Saskatoon-based Federated Co-op, the deal represents it largest ever acquisition.

Once the deal is complete, FCL plans to transfer the retail fuel sites, which include a mix of gas bars, on-site car washes and convenience stores, to several independent local Co-ops across Western Canada.

- with files from The Canadian Press