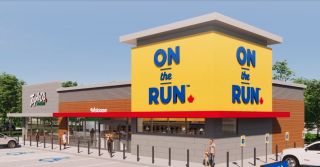 Parkland will install FreeWire EV chargers at On the Run convenience stores in B.C.

Calgary-based Parkland says it will install FreeWire's battery-integrated ultra-fast EV chargers across its previously announced EV charging network at On the Run convenience stores in B.C.

In June 2021, Parkland announced plans to launch a network of up to 100 electric vehicle ultra-fast chargers at its existing retail locations across British Columbia and into Alberta.

Parkland says by partnering with FreeWire it will be able to roll out EV chargers at convenience stores more quickly and at a lower cost.

Just last week, Parkland warned its third-quarter results would fall short of its expectations, however stressed that it is maintaining its guidance for the full year.

The company says it expects $325 million in adjusted earnings before interest, taxes, depreciation and amortization for the quarter.

It says the result is being driven by the macroeconomic environment and volatile product prices.

However, it noted that it is confident in its fourth-quarter outlook and expects to deliver 2022 adjusted EBITDA within its guidance range of between $1.6 billion and $1.7 billion.

It's been a busy year for the company, which recently completed reached an agreement with the Competition Bureau regarding its purchase of Husky stations from Cenovus. The deal included 109 company owned sites and 47 dealer locations: Parkland plans to convert "a significant number" of the company owned sites to On the Run as part of its goal to build a network of more than 1,000 On the Run locations in Canada and the U.S. by 2025.