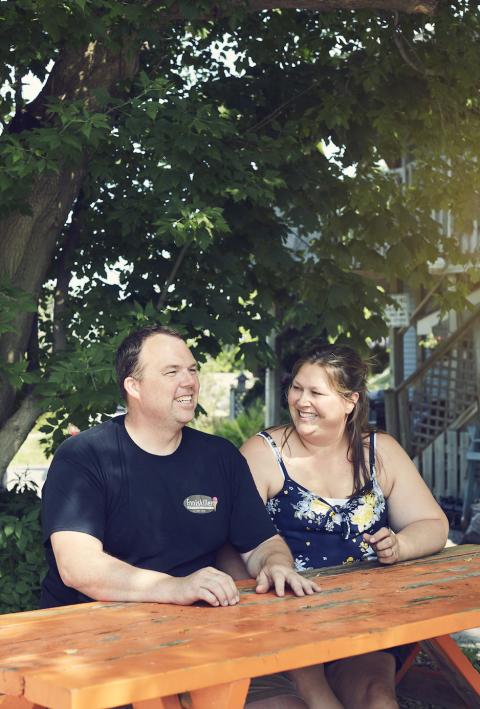 It was during the 2013 T.H.E.E Farmers Parade of Lights, an annual holiday event that started in 1999 with farmers decorating their tractors and driving them through the Ontario villages of Tyrone, Haydon, Enniskillen and Enfield, that Thomas (T.J.) Sheehan spotted the “For Sale” sign on the Enniskillen General Store.

The nearly 200-year-old store at 7851 Old Scugog Rd. was a landmark in the small community about an hour east of Toronto, having variously served as a post office and a butcher shop since first opening in 1840.

Sheehan knew the store well—as a kid, he had regularly ridden his bike there to buy ice cream, delighting at its signature oversized cones practically as big as his head. As the brightly lit tractors passed him by, Sheehan had a lightbulb idea of his own. Turning to his wife Jessie, he said “We’re going to buy that store.”

“She was like ‘No you’re not,’” recalls Sheehan.But he wouldn’t be talked out of his plan: He approached the store’s owner shortly after Christmas, and on April 8, 2014, the Sheehan family became the newest owners of an old Enniskillen institution.

They didn’t know it at the time, but that store would prove a foundational block of a convenience store mini empire that now includes Enniskillen General Store locations in Bowmanville, Oshawa and Peterborough, with two more stores opening soon (they also operates a pet store). 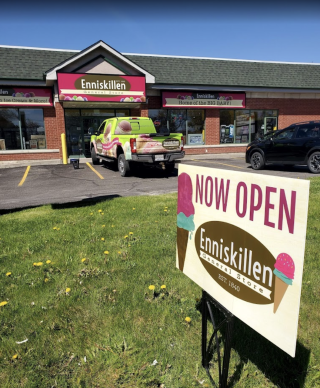 “I always felt really comfortable with retail,” he says. “My parents worked seven days a week and I was always in the store.” This was in the days before Sunday shopping, and as one of the few places to buy food staples in those days, their store would always be busy.

“We’d go to church, and then afterwards open the gas station,” says Sheehan. “I spent a lot of time with them at the store. I don’t know if I wanted to do it right away, but I definitely enjoyed it. I felt like I learned a lot early and knew what I was doing, so I kind of always wanted to go on my own.”

It’s important to have a unique selling proposition (USP) in a business as commodified as convenience, and Enniskillen General Store has made sweets and treats a core part of its proposition. Sheehan says he’s trying to build his business around being a “sweet treat headquarters.”

In addition to serving more than 45 different flavours of Kawartha Dairy ice cream—and yes, they’re still oversized—as well as other frozen treats and ice cream cakes, the stores are also a destination for imported and retro candy, like Dunkaroos and the sour candy brand Warheads, as well as gum brands, like Beemans and Thrills. “It’s taken off like crazy,” says Sheehan of the move into candy. “People see it and say, ‘I remember this from 20, 30, 40 years ago.’”

The stores also saw demand for grocery items spike during the pandemic, with grocery sales skyrocketing by as much as 400% to 500% between the summer of 2020 and summer 2021. “It’s still doing well, but it has come down a bit,” says Sheehan, who attributes the growth to people trying to avoid shopping at big grocery stores.

The pandemic and the supply chain issues bedevilling so many businesses have also proven a challenge. It hasn’t been too bad so far, a certain flavour of Gatorade here, a specific chocolate bar there, but it doesn’t sit well with Sheehan, who prides himself on having shelves stuffed with products.

“I love a packed store, with lots of product in our storage room,” he says. “I hate running out because I think that’s a detriment to a business. If someone comes in and you don’t have their favourite drink or chocolate bar, they’re going to start going somewhere else.

Sheehan is always on the lookout for new products and regularly attends The Convenience U CARWACS Show. “We love going,” he says, adding it’s a valuable forum for connecting with new people—exhibitors and fellow attendees. “Meeting companies is great, especially for new products and services. It helps our business because we learn about the latest new products and that always helps grow sales.”

Sheehan has also put social media at the heart of his business. Enniskillen General Store has more than 23,000 Facebook followers, 16,200 on Instagram and more than 3,600 followers on Twitter. Last year, Sheehan made his first foray into TikTok with a promotion called “Ice Cream Love,” which saw him post a video of him placing a $20 gift card—in the shape of an ice cream cone, naturally—in various community locations around the stores’ operating area.

“I love using social,” he says. “It doesn’t cost you anything to do it, just a little bit of your time.” As the owner of five stores (six if you include the pet store) time is perhaps the one thing he never seems to have enough of. 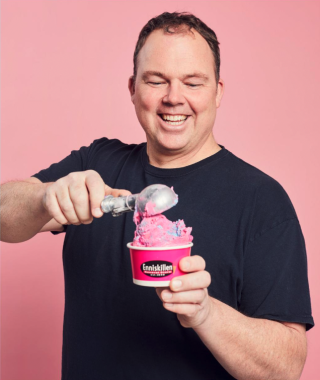 How do you oversee five stores?

Great managers and staff. It's not an easy task but I like to work on good training. I'm incredibly lucky to have amazing staff and a supportive family.

How do you organize your days?

My days are busy. I try to have a routine but there are things that come up all the time and I have to adjust. I try to go to each store as much as I can. Saturdays are one of my favourite days. I get up around 5 a.m., visit all the stores and then get home to bring my kids to soccer practice.

What tools do you use to stay on top of things and communicate with staff?

I love technology. I'm always looking for new but cost-effective technology to assist us.

We use software for scheduling and communication with staff. We have a group chat between all the managers so if there are concerns or problems, we can fix them together.

Why expand, especially in this climate?

This is a tough question. I love being busy. I got it from my parents who were small business owners, too. I feel many people and even suppliers would tell me things like this is a competitive business, you might not make it. Plus, some suppliers wouldn't even deal with us or give us any break on pricing because we're so small. That's actually driven me to grow. I have a need to prove to myself. I can be successful. I can make this work. And one day these suppliers will recognize this.

Will you open more stores?

Absolutely, yes. I have big dreams, but I want to be smart about it and grow correctly and ensure my cash flow is good too.